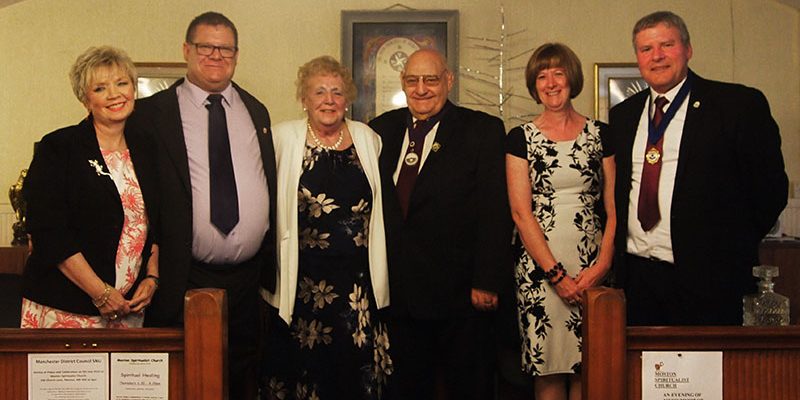 The idea of a National Federation of Spiritualist Churches had been the subject of several articles written by Emma Hardinge Britten in the ‘Two Worlds’ newspaper in late 1889 and early 1890. Emma played a pivotal role in bringing Spiritualists together.

It was on Sunday 6th July 1890 that a meeting of interested Spiritualists was convened in the Cooperative Hall in Ardwick, Manchester. This meeting was set with a view to discuss plans for the formation of an organisation which would unite the Spiritualist Churches throughout the country. There had previously been National Conferences in Darlington, Newcastle, Liverpool and London with the intention of establishing such an organisation but these had previously proved unsuccessful.

Eight thousand circulars were sent out to Spiritualists, with some sixty representatives who assembled on that Sunday 6th July 1890. It was a day when the Spiritualists’ National Federation was formed. The Committee presiding over the conference was made up of Officers, Directors and Editor of the ‘Two Worlds’ publishing company based in Manchester.

The following year in 1891 the second conference of the Spiritualists’ National Federation was held with a greatly increased number of some 2000 delegates.

The Spiritualists’ National Union is one of the oldest and certainly the largest Spiritualist organisation in the world today placing Manchester firmly on the map with its origins. Members of our church were thrilled to have been involved in a piece of history.